A Photo viewer is a specialized application, without a powerful tools of cool photo editors, but with an ability to work quickly with lots of photos, or any other images. For quick viewing, editing or creating a simple slide show such an application fits perfectly.

This is the image viewer with all necessary functions and unostentatious interface. It is a good substitution for FastStone Image Viewer if you did not like it.

The program is quite smart. It supports 146 popular formats and can convert to 50 of them. It has full free version (400 formats and additional plugins), and also minimal one. 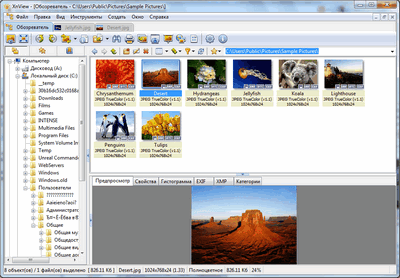