The Internet Dialer is an application for calling through the Internet without a telephone lines. However, such apps usually allow to call also to the normal phone numbers.

An ooVoo application from this page allows you to use an eponymous public service. It is one of the best competitors for the most popular videocalling software Skype.

The application for the implementation of video calls (up to 12 people at a time), communicating in a text chat, file and video letter sharing, co-browsing video: 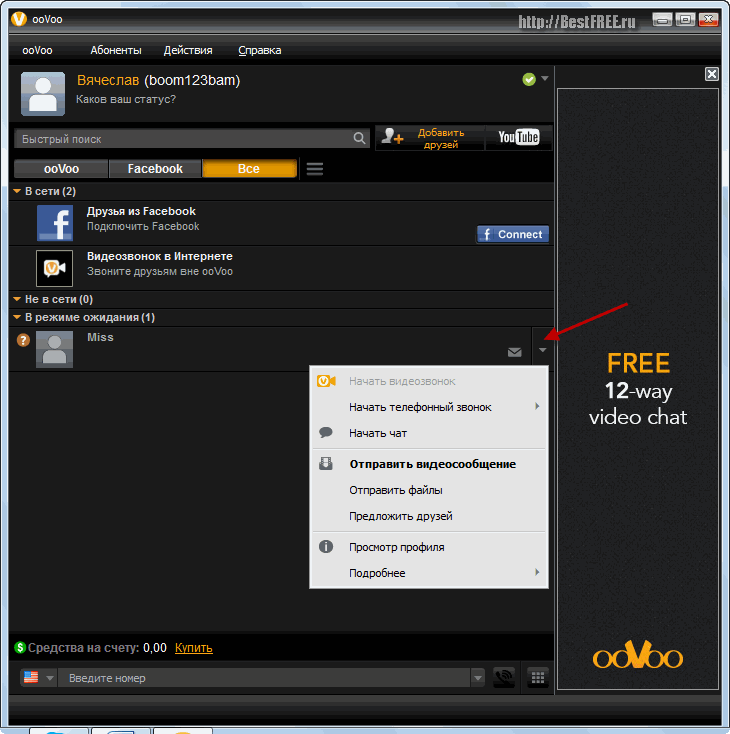 Phone via the Internet: Skype The application for Internet phoning from computer to computer (FREE!) and to another phones (inexpensively).
Internet pager: Mail.Ru Agent A first Russian internet-pager for Mail.ru clients which combines a lot of useful functions.
QIP: QIP 2012 The next version of the QIP ICQ-client which has more functions and better interface.
ICQ client: Miranda The application for instant messaging, which has no native protocol, but is able to work as ICQ-client, Jabber-client, AOL and other. It may be achieved due to the modular structure of an application with the support of numerous add-ons.
IRC client: KVIrc An opensource IRC client. There are versions for all known operating systems. It has a well-developed scripting language and fully configured interface.
Surveillance System: Daria An application for video surveillance system creation. It is one of a few software for current days, that allow you to work with up to 8 cameras for free.