The Audio Player (or simply Player) is usually a portative device for sounds reproduction or the program which can reproduce the music through the computer.

A full-fledged free audio player which can almost everything concerning with the reproduction of the audio files.

The developer guarantees qualitative and clean reproducing of the multimedia files, including mp3, a good functionality, a small size and minimal using of the system sources. 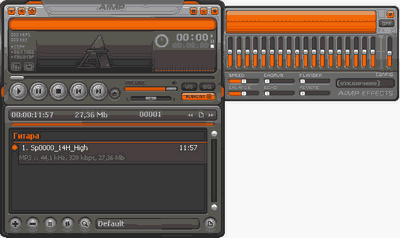