A Typing tutor is an application to train your fingers for touch typing.

A keyboard simulator for training to type using a blind ten-manual method. 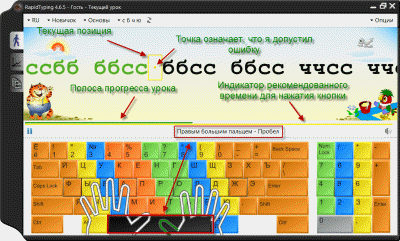