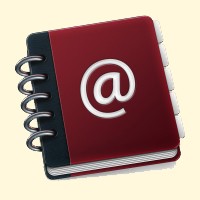 Electronic organizer (or simply organizer) is an application for conducting records about current and upcoming cases. You could say that is an analogue of regular paper notebook, but with more advanced capabilities.

The additional features of the soft organizers are, usually, the ability of maintaining the database of contacts, reminders about upcoming events, integration with e-mail applications and popular messengers. Exactly such the advanced electronic notebook you will find at this page.

Free application to store addresses, contact information and all kinds of notes with a reminder about upcoming events and planned tasks.